Malcolm was brought to the Michigan Animal Rescue League (MARL) as a stray, and when he arrived, no one knew his background. Malcolm proved to be a quick study, but it didn’t take long for everyone to realize what an incredible dog he was.

“Malcolm is a very personable person,” MARL staffer Tommy Sanfilippo told The Dodo. “When people came into his kennel, he often greeted them with a toy in his mouth, his whole back wiggling happily. He was always easy to introduce to new volunteers; just bring him some treats Break the deadlock and he can go.”

With such a great personality, everyone assumed that Malcolm would soon find the perfect home, but unfortunately, that wasn’t the case, and he quickly became the shelter’s longest-staying resident.

Lone deer running back into the wild with her best friend.

Day in and day out, Malcolm watched other dogs get adopted while he waited. Luckily, he didn’t seem to mind sheltering life and was quick to settle into it all. He developed strong bonds with all the staff and volunteers – that’s how he finally found his forever home.

“He and his new mom are already good friends; she met him while volunteering with us and spent a lot of time hanging out with him,” Sanfilippo said. “They even went on outings together: to the park, to the pet store, even to her house.”

When the day finally came for Malcolm to set off with his forever new family, everyone was excited. Even Malcolm seemed to sense it was a special day – as he was about to take his first family portrait, his smile said it all.

“I think he realized that things were different that day,” Sanfilippo said. “His big smile is really worth a thousand words when he takes pictures with his new family.” 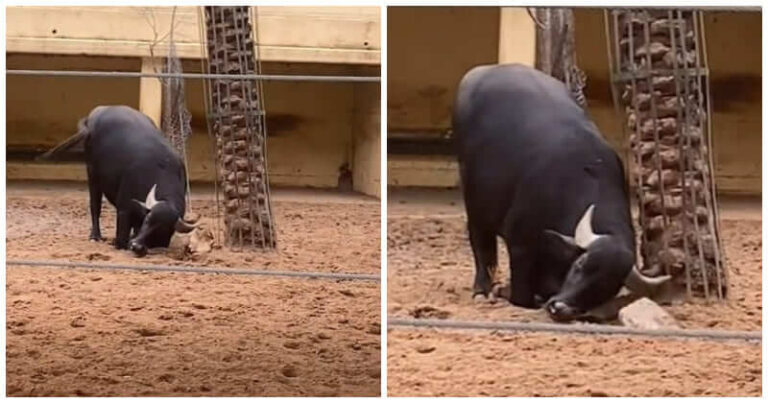 In Romania, A Stray Dog Kept An Injured Cyclist Warm All Night