It takes only a few hours to completely change the life of an animal. Dr. Catherine Apuli, a vet working with The Unusual Pet Vets in Brisbane, Australia, gave a parrot named Wei Wei the ability to soar again.

Wei Wei had been the victim of wing trimming to prevent it from flying. However, with Dr. Apuli’s help, the parrot was able to take to the skies! All it took was some MacGyverish ingenuity and creativity which involved some donated feathers, glue, and toothpicks. 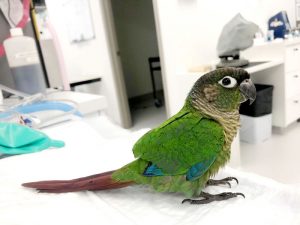 This vet isn’t the only helping other creatures soar the skies again.

“Wei Wei was brought in for a general health check as the owner had just bought her and wanted to know if she was healthy. During her physical exam, I explained that her wings were cut too short and too many feathers were cut, however, we do see this commonly,” Dr. Apuli went into more detail about Wei Wei’s situation.

“As the owner had just bought her up that same day, she was not yet sure if Wei Wei was affected by her short wing trim. I warned of injuries that can occur with a severe wing trim. One week later, Wei Wei came back for a microchipping procedure,” the vet continued. “The owners stated at this time that she was falling heavily to the ground and hurting her feet. The imping procedure was performed one week after the microchip procedure. The parrot is now living happily at her owner’s house, where she is teaching Wei Wei ‘recall training’ where the bird is trained to fly to the owner on cue.” 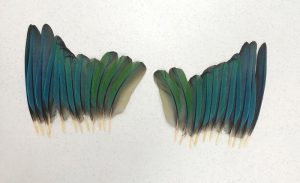 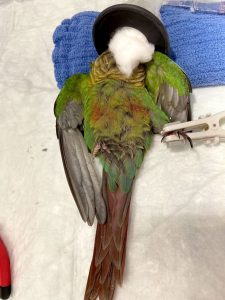 Dr. Apuli confirmed to us that she’s performed the same procedure she did on Wei Wei many times before.

According to her, the vet clinic posts the most interesting cases of them helping animals out on their Facebook page. “The Unusual Pet Vets specialize in exotic or ‘unusual’ pets. This means we don’t see cats and dogs, we only see reptiles, small mammals, and birds.”

Apuli gave the 12-week-old Green Cheeked Conure a pair of prosthetic wings made out of feathers donated to the clinic. Within hours of the procedure, during which the parrot slept as the prosthetics were glued to its body, Wei Wei was back on its feet (well, wings) and was maneuvering in the air like a pro 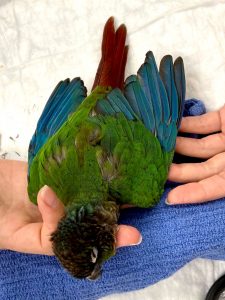 What Apuli did is known as ‘imping’ and involved repairing damaged feathers by attaching parts of new ones. In Wei Wei’s case, the vet used toothpicks for support.

Wei Wei had been a victim of “severe” wing trimming. This is a controversial procedure that some exotic bird owners do to keep their pets grounded and to prevent their escape. Previously, every time Wei Wei had tried to fly, it would fall to the ground. 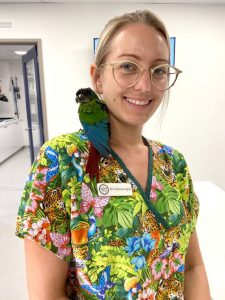 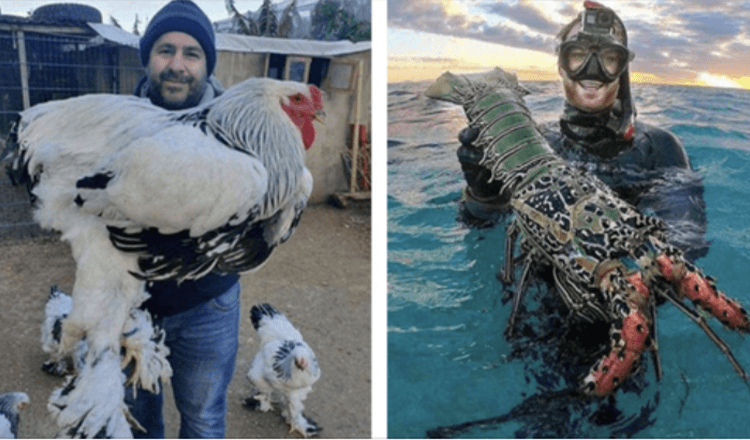 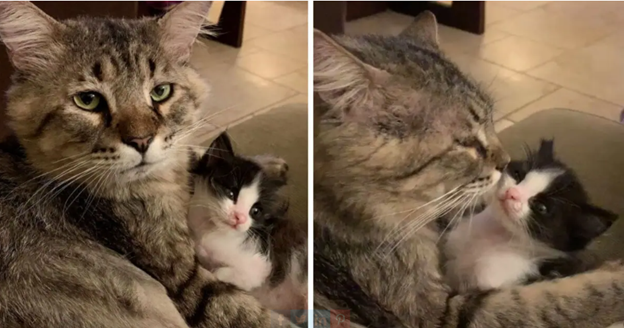 After Spending His Entire Life On The Street, An Elderly Cat Devotes The Last Few Years To Helping Orphaned Kittens…