Take this Bengal tiger cub names Hunter, and German Pointer puppy named Chelsea, despite their clear differences they became the best of friends.

Chelsea is only three weeks older than hunter and both are under the care of the Wildlife Sanctuary in Pretoria, South Africa.

Sadly, the tiger cub Hunter was rejected by his own mother a few days after he was born.

Unfortunately, his mother started showing aggressive behavior towards him which meant he had to be separated from her.

“We believe that Hunter was born at a time when the female must have felt compromised in some way as she rejected him,” Anthea Michaletos, volunteer at the sanctuary said. 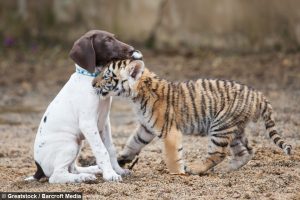 Thanks to Anthea, these little fellas are now inseparable. “In the mornings when I take Chelsea out, she will run to his cage and greet him,” she said.

“There is a lot of wrestling involved, Chelsea pushes him over and then he jumps on her.

For him to have a four legged friend is very helpful because he can play in the same way that he would with another litter mate. 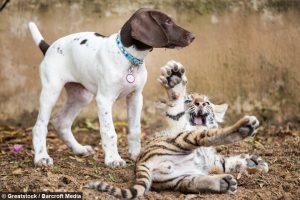 He was the only cub in his litter and it’s very important for him to have a companion.”

Companionship is very important, the puppy even becomes sad whenever it’s time for them to separate during the day.

This unlikely duo spend a lot of their time playing together under the caretaker’s supervision. 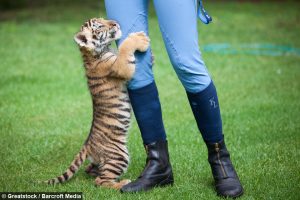 Sadly though, according to Anthea, this bond could end in a few months when Hunter reaches the age of six-months where it will be dangerous for Chelsea if they continue playing.

So far though, Chelsea doesn’t show signs of discomfort, and their wonderful friendship can continue on. 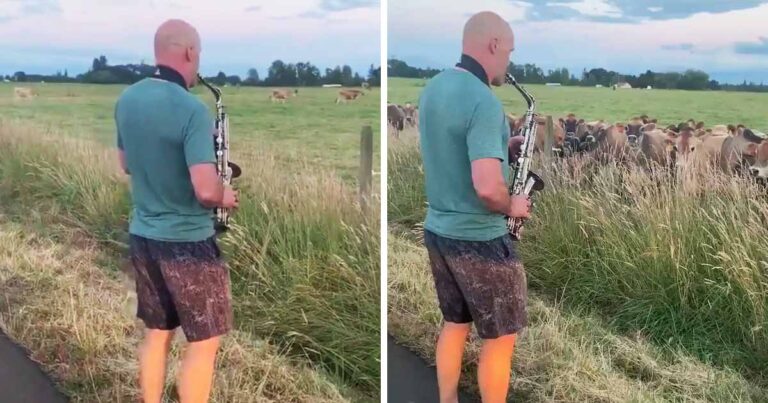 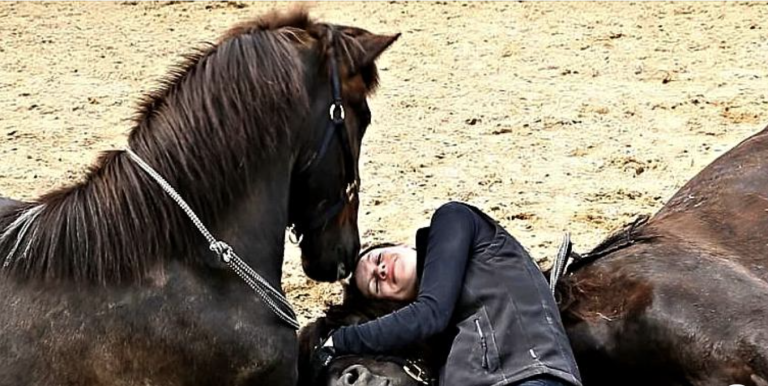 OWNER LYES DOWN WITH HER HORSES, BUT THEY BEGIN SPREADING KISSES OVER HER 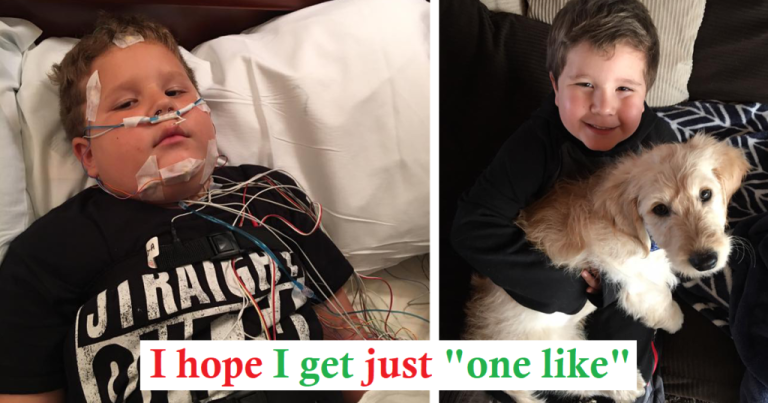