Meet Morocho, the Dogo Who Defeated A Puma To Save Two Little Girls. To save the children, the legendary dogo defeated a puma.

A few months ago, ulises (the grandson of the creator, Dr. Nores Martines) decided to go to La Cocha to do some chores. His idea was to go and return the same day, so she took his 10-year-old daughter, ‘Sofa.’ ‘Travel’ went smoothly. 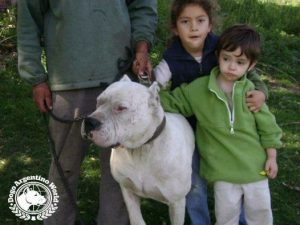 Once in the estancia, uises started doing some work with ‘Tomás’, the foreman. ‘Sofa’ and ‘Yoli,’ ‘Tomás’s’ daughter, requested permission to go to a giant fig tree 700 yards away from the main house to pick and eat some figs.

Yoli climbed to the highest branch she could, knowing that the best figs are usually at the top of the tree. There was only one issue. She wasn’t the only one who had climbed that tree.

Yoli began hearing noises up on the tree when she was about 7 feet above the ground, such as branches tweaking and leaves moving. 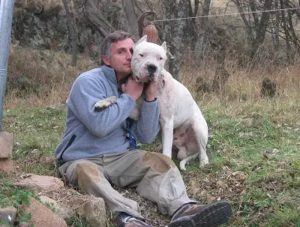 She had no idea a puma, also known as a mountain lion or cougar, was hiding in the same tree.

She looked up and saw a BIG puma jumping down the upper branches. “The animal struck the child with a paw, and Yoli fell all the way down, landing flat on her back from a height of two meters.”

Morocho, one of Ulises’ top dogo, had been following them playfully with his tail wagging, as he almost always does when they treat through the estancia. 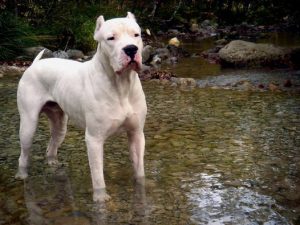 When Yoli’s father heard the girls screaming, he ran as fast as he could, and when Morocho came face to face with a puma, the Dogo Argentino decided to risk his life to save two small girls. 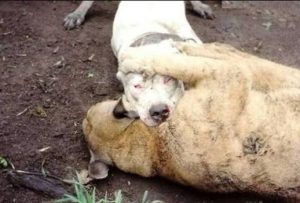 “I was thinking it was a snake,” Tomas Bracamonte said. “I came running. I raced to them as fast as I could.”

“When he arrived he found Morocho. The dog had been severely injured but was still alive. Puma bolted from us.” 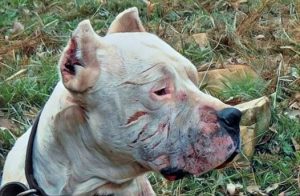 Those two little girls are alive today because of Morocho. Morocho’s heroic act stunned millions of people around the world. 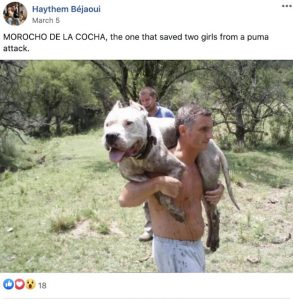 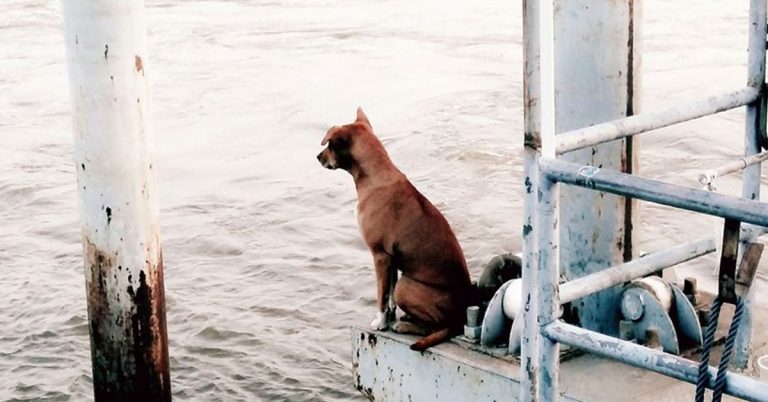 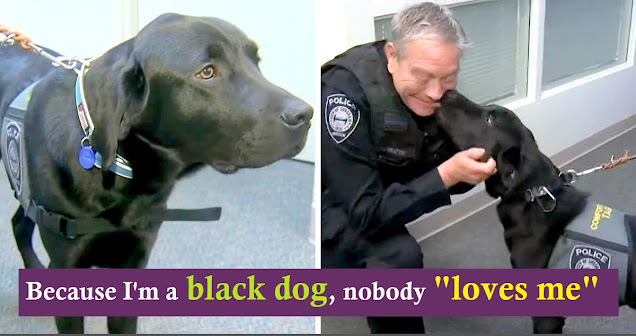 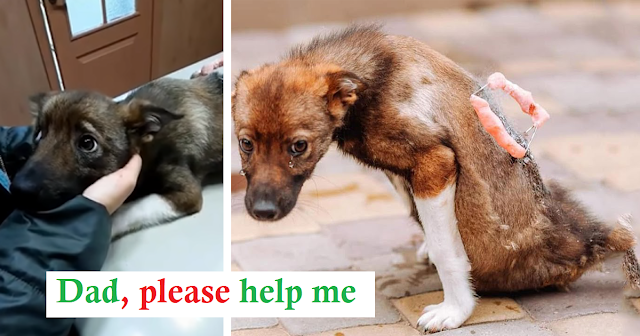