You’ve probably all seen or at least heard of the movie “Hidalgo.” One of the most remarkable western films ever produced, it tells the wonderful tale of cowboy Frank T. Hopkins and his devoted horse Hidalgo. They receive an invitation from a rich sheik in 1890 to take part in the “Ocean of Fire,” the toughest race ever held in the Arabian desert. After accepting the offer to take part in this incredible race, Frank Hopkins and all the Bedouin riders with their powerful Arabian horses engage in a titanic clash. Hidalgo is a Spanish Mustang, a majestic breed of horse that was brought to the Americas during the early Spanish conquest.

They are included in the wider category of the Colonial Spanish horse despite being a very rare breed in Spain today. Despite being tamed horses today, Spanish Mustangs are sometimes mistaken for the wild American Mustang. The following animals, which are descended from both Spanish and other wild horses that escaped from various sources, roam free in protected Herd Management Areas (HMAs) in the western United States, which are actually managed by the Bureau of Land Management (BLM), and to a lesser extent, in Canada. 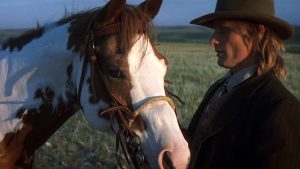 Real Spanish Mustangs are a contemporary breed that differ in appearance and history from “wild” American Mustangs. The creation of a registry to safeguard and maintain the original type, together with preservation breeders, helped save the breed from extinction and preserve it. The Spanish Mustang Registry’s major goal is to maintain the preservation of the traits that have allowed this outstanding breed to endure for generations in harsh situations, despite their enthusiasm for introducing the public to this exceptional species. The breeders and owners of Spanish Mustangs may honestly state with great pleasure that the breed’s preservation has been accomplished without compromising its traditional worth or distinctiveness. 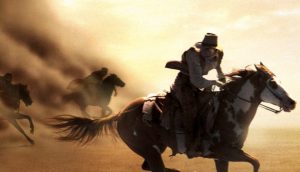 The basic tenet of the Spanish Mustang Registry is that no attempts will be made to crossbreed or otherwise alter these enigmatic and historic creatures. The Spanish Mustangs remain now as they have always been. When the New World was being conquered, they were regarded as the most gorgeous horses in the entire known world, and they made sure to leave a legacy in their powerful, lovely, courageous offspring that are still in existence today. There is little doubt that environmental factors over a long period of time contributed to the evolution of these horses. The untamed Spanish Mustangs developed in response to their environment, with nature separating those that were less suitable to the area.

Despite not being a wild animal when it arrived in America, the Spanish Horse managed to thrive in the New World after being released free, demonstrating once more the breed’s adaptability and drive. The result is a tremendously sturdy and robust horse that can compete well in practically any equestrian discipline. These Spanish-speaking people’s tenacity and perseverance are famous. 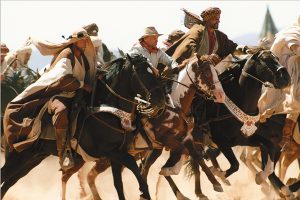 You can’t top mustang intellect in the entire horse race, according to Frank Hopkins, a well-known endurance rider who rode Spanish Mustangs in the later half of the 1800s. For decades, these creatures have had to relocate for themselves. They had to determine their own fate or perish. Those that persisted were very intelligent creatures. All of the characteristics present in their predecessors are present in the contemporary Spanish Mustang. 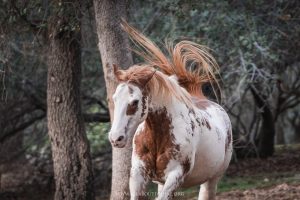 Spanish Mustangs still have the power and endurance to travel great distances without being overly stressed. They are unusually brave creatures and are less likely than other breeds to sustain injuries, particularly to the legs and feet. On Columbus’ second expedition to the New World, he brought these brilliant horses to the United States. They are typically between 600 and 900 pounds, towering 13.2 to 14.3 hands tall, and are renowned for their adaptability, intelligence, and stamina. 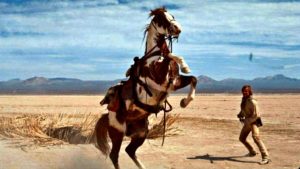 In the domain of the modern horse, they are showing up in things like longevity, dressage, jumping, driving, and ranching. Even though they are considered little horses by modern standards, they are incredibly flexible for both children and adults and can carry up to 30% of their own weight. The most intriguing breed, so the saying goes, is the Colonial Spanish horse. All roan and thick colorations, including dun, buckskin, sorrel, gray, and black, are shown. Overo, tobiano, sabino, and appaloosa markings are frequent.