Screaming and crying for help under the engine, Jason Belisha knew there was something that happened with the stray gray kitty who appeared in front of him when he returned to his car. A Georgian guy couldn’t stand the cuteness of the cat and his distressful situation, so the man picked the kitty up and helped him find a new home.

When the cat first saw Jason, he didn’t have any second thought, he came up to the human, sniffed his scent, and rub his body against the man. The dude absolutely was dying for love!

“I was returning a rental car and heard this little boy meowing under the car next to me, so I bent down and he came right up to me.” – Jason said.

Jason first petted the kitty a bit then he put him down. Being thirsty for attention and affection, the kitty didn’t stop cuddling, crying, and following Jason. He was determined and patient enough to prove that Jason was his human dad. Finally, the kind-hearted man scooped the cat up and hit the road.

On the way home, Jason could only use one hand to drive, the other hand was occupied by the poor kitty who was in need of love. The cat cuddled Jason’s arm and fell asleep immediately.

“He was naturally super friendly and sweet.” – The man said.

Jason brought the kitty home and named him Popeye. Popeye found a corgi dog, who was Jason’s pooch buddy. All of the sudden, the friendship between Popeye and the corgi dog bloomed after Jason introduced them to each other.

A week later, Jason’s friend found Popeye sweet and affectionate, they wanted to adopt him. Jason was first heart-rending, however, he decided to give Popeye to his friend and promised to visit the little cat often.

“He is an amazing cat who I will often go visit at my friend’s place.” – Said Jason.

Watch the video of the kitten when he was found: 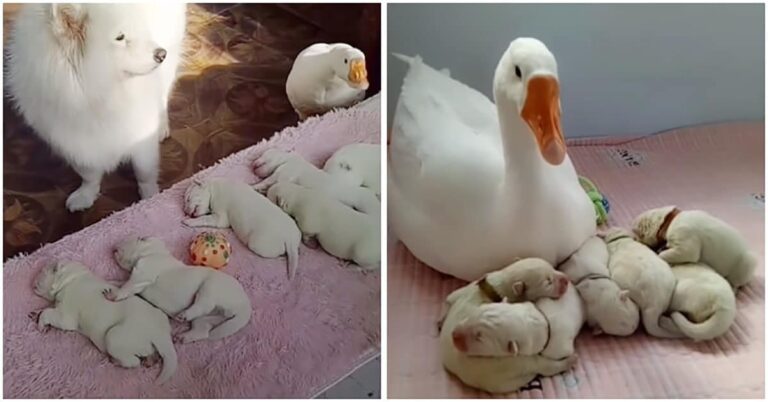 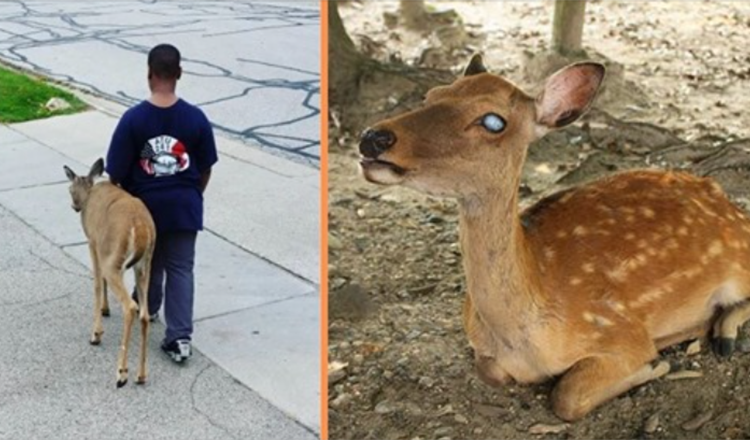