When this new mother was taken off the streets with her six puppies and placed in an animal shelter, no one knew she would end up spending half her life there before finding a home.

The 2-year-old stray named Lola was plucked off the streets along with her six puppies and brought to the Wickenburg Animal Shelter in Phoenix, Arizona. When her pups were old enough, they were placed in homes of their own but Lola was left behind. 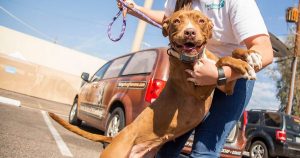 After spending half of her life, over 400 days in the shelter, the staff knew they had to do something to help her find a forever home. They decided to transfer her to the Arizona Humane Society in Phoenix in hopes that a change of scenery and the new location would help her get adopted.

In less than twenty four hours of arriving at the new shelter, a family from Mesa, Arizona adopted the most deserving pup. In her adoption photos, it’s clear that the smiling Lola is thrilled to have found a family to love her. 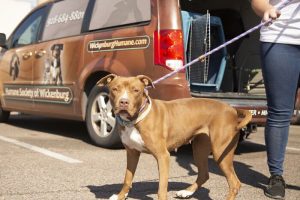 Her second chance was made possible through a program called Project Reach Out Program, a cross shelter initiative that helps pets that have medical needs or are living in overcrowded shelters find homes. In the case of Lola, the program helped her find a change of scenery to improve her chances of adoption.

We’re so happy that this adorable dog finally got adopted after spending 400 days behind shelter walls. She is such an amazing dog who deserves all the best. This is what the shelter had to say:

“We couldn’t be happier for this sweet girl and her new family.” 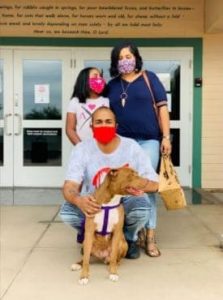 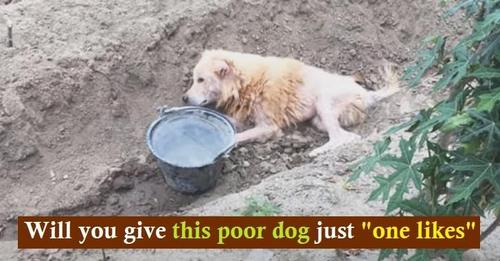 Owner Bought Her To Be Put Down,But Her Purple Fur Hide A Dark Story Behind It