Every dog in a shelter just wants to go home, but for some of them, it’s a question of life or death. Some shelters have euthanasia lists where undesirable canines are put to death. 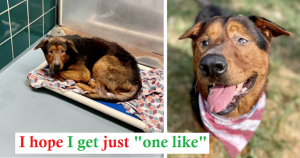 But one unfortunate dog, who had finally found someone to love him, was saved just in time.

BARC, a shelter in Houston, has a volunteer named Madeline Garvis. She recently came across an 11-year-old dog named Bear who she described as “one of the saddest dogs I’d ever seen.”

The Dodo claims that Bear came to BARC in June after being discovered as a stray. He seemed to have given up hope because no one wanted to adopt him.

Madeline said on TikTok, “He wouldn’t even lift his head until I went into his kennel. 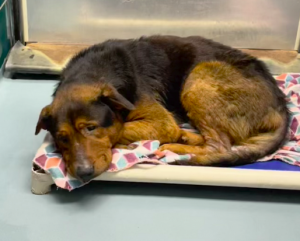 Bear was placed on the shelter’s euthanasia list since no one wanted to adopt him and Bear appeared to have given up as well. He was almost about to be put to sleep.

The elderly dog seemed dejected, but Madeline noticed something in him and decided to let him spend some time outside the kennel. She wrote, “I chose to see whether he was different outside.

Bear was terrified at first, but soon changed into an entirely new dog, wagging his tail and putting out his tongue. Madeline learned that the dog could shake, “liked love,” “loved being outdoors,” and “loved being inside.” 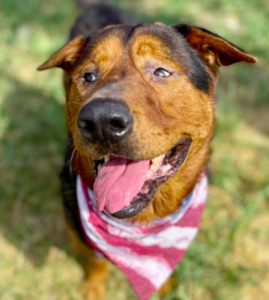 Madeline told The Dodo, “He was calm, well-behaved, and walked on a leash that was virtually falling off of him. He also knew how to sit and shake and was heartworm-free.

Madeline told Bear’s tale to raise awareness of the value of volunteering and of adopting pets from shelters. Nobody would have realized what a fine dog Bear was if it weren’t for her concern.

We don’t have many chances to interact with the dogs or observe their behavior outside, which is obviously quite different as Bear demonstrated. 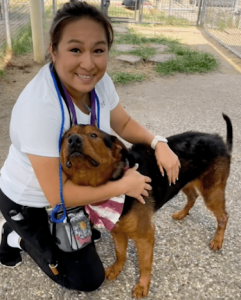 The good news is that the story has a happy ending: one hour before he was scheduled to be put to sleep, Bear found his permanent home.

Madeline informed The Dodo that “He was one of 28 lives to be killed that day.” That a dog like him made the euth list is unbelievable. He has the most calm and amiable personality, and I mean that sincerely. 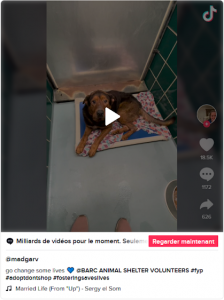 What a remarkable change. That proves the impact a little love can have on a dog’s life; it’s hard to imagine that’s the same dog that would hardly lift his head up.

We are so happy he got a home! Share this motivational tale!

After traveling thousands of miles, the puppy made it to the girl who rescued him 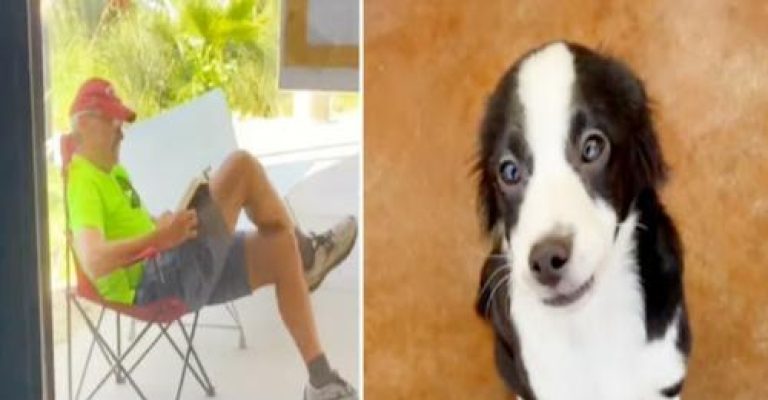 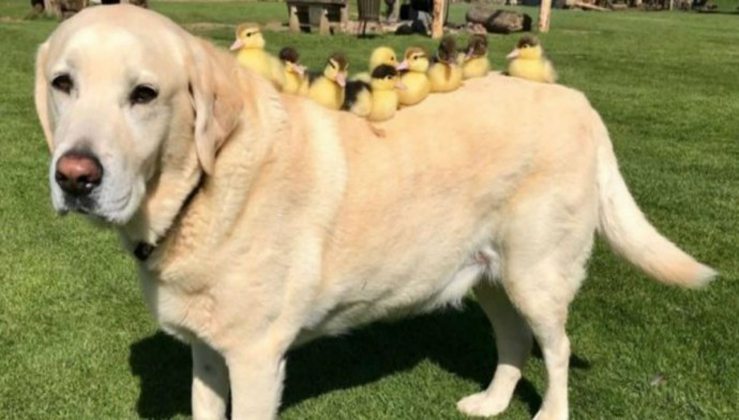 Meet Fred, The Labrador Who Adopted Nine Ducklings After They Lost Their Mother