n late 2021, we shared the story of two adorable kittens, Ginny and Emmy. Now, we have a wonderful update about where these two cuties are today!

For a brief recap, Cat Man Chris and a kind woman worked to save easily spooked Ginny, an orange kitten found wandering around a managed feral colony. Then, Chris and Tiny Paws Fosters worked together to save Emmy, a grey tabby kitten skillfully hiding under a bridge in rock rubble.

After the separate rescues, Ginny and Emmy became best friends at Tiny Paws, and everyone hoped the bonded duo would be together forever. As it happily turned out, they will be! 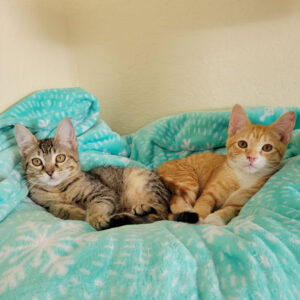 Where are Ginny and Emmy Now?

Cat Man Chris has shared a wonderful update we received from the two kittens’ humans. 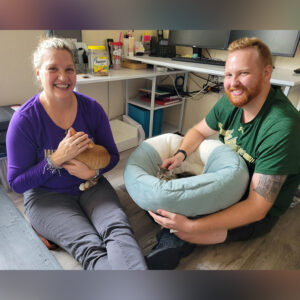 Today, Emmy has received her forever name, Strudel. Likewise, Ginny got a new name too and is now Cheeto. According to their new parents, Cheeto and Strudel “love to be in company with us “hoomans.” From the looks of the pictures, they are living in the lap of luxury now. 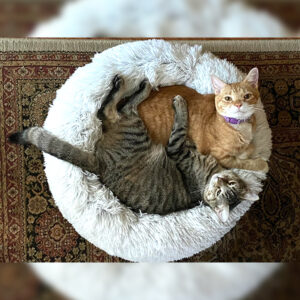 Both kitties are super cuddly with people and each other. 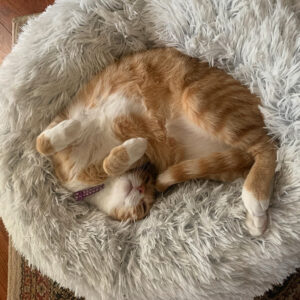 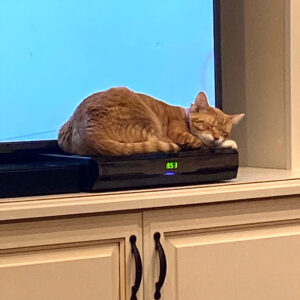 Meanwhile, Strudel enjoys supervising with her son, Alex, while he’s working. According to Chris, Alex is “a true cat guy” who the kittens loved immediately. 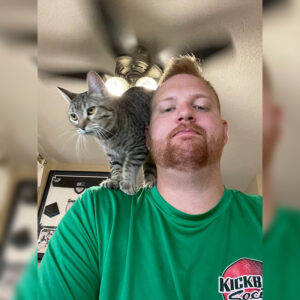 Cuddling and Playing Together

From the start, Strudel (Emmy) was sweet and loved affection, which has stayed the same. 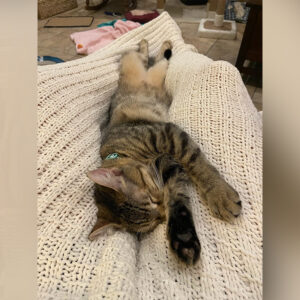 When they aren’t cuddling, the two kittens are playing together. 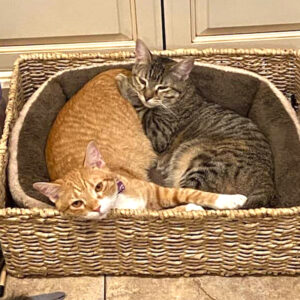 New Adventures of Cheeto and Strudel

What adventures come next for this duo? 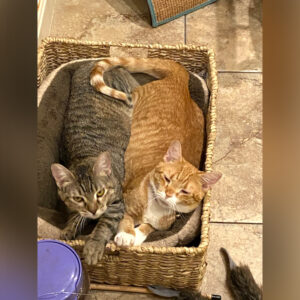 After adopting Ginny and Emmy, Cheeto and Strudel have added an important “spark” to life, their hoomans say.

It’s amazing to see how the kittens have added an important “spark of joy,” as Marie Kondo would say, to the home. It’s impossible to calculate how much joy, love, and memories our furbabies give us over a lifetime. For rescuers like Tiny Paws Fosters and Cat Man Chris, it makes all that effort worthwhile. 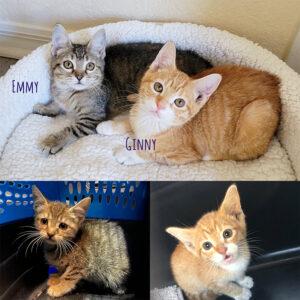