Charmaine Keevy, a 63-year-old resident of Port Elizabeth, South Africa, rescued a Dachshund named Georgie a while ago. So Georgie decided it was his turn to pay the good deed forward. What happened next is nothing short of a miracle. 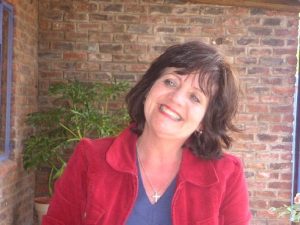 On a routine morning walk one morning, Georgie was transfixed on a storm drain and began barking at it. Charmaine heard faint meowing sounds coming from the drain and got on her knees to check if there was a cat stuck inside. To her utter shock, she realized the sound was actually that of a baby crying.

Since the drain had a concrete slab covering it, Charmaine flagged down a car to seek additional help. That help came in the form of a man named Cornie Viljoen. Cornie and Charmaine used a steel bar to pry open the concrete slab. The drain was more than 6-feet deep, but Cornie jumped in without a second thought. In the process, he got stung by an army of red ants. 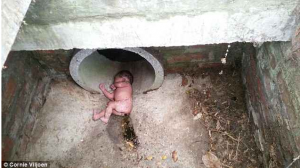 “When I got into the hole it was higher than my head and it was so narrow that I had to go down on my knees and I couldn’t bend over so had to feel down for the baby below,” he told DailyMail. “The red ants were stinging my legs but then I felt this baby’s leg and then saw the baby and I realized that this was a crime scene so I took a flash picture and handed my phone up to Charmaine. I didn’t know if the baby was injured so I tried to pick her up very carefully and very slowly and she was so small. I just wanted to hold her for a while but I knew that she needed urgent medical help.”

Fortunately, the red ants hadn’t gotten to the baby yet. The baby was naked with its umbilical cord still attached. Cornie and Charmaine immediately called the police. The police and ambulance arrived soon after to take the baby to the hospital.

According to the police, the only way for the baby to have gotten there is if someone had placed her there and then covered the drain with the concrete slab.

“There is a possibility that the person who did this may have come from outside the area and placed the child there. We are appealing for witnesses and the mother of this baby to come forward.” police spokeswoman Colonel Priscilla Naidu said. 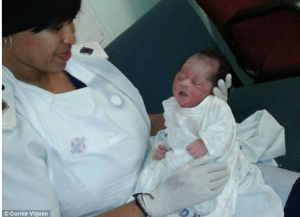 Meanwhile, back at the hospital, the baby was treated for hypothermia and respiratory problems. They estimated she had been in the freezing drain water for at least a few hours.

Charmaine believed it was fate that brought her to the baby, as she usually takes Georgie on a different walking route. The baby was named Grace April. Charmaine put up this update to let everyone know Grace April was doing okay.

We are so glad Grace April survived this ordeal and are thankful to Charmaine and Georgie for their alertness and quick thinking.

Please SHARE this story with your friends and family!

They Broke His Jaw And Threw Him Out Of A Moving Car, But He Still Gives Kisses 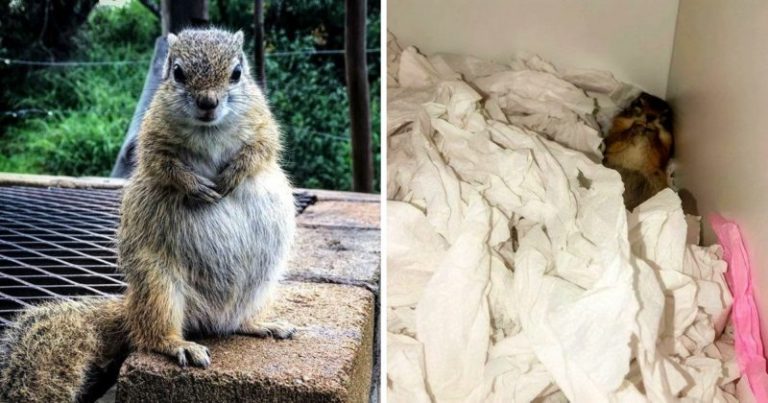 TO SAVE HIS DROWNING HORSE, A BRAVE BOY JUMPS INTO FREEZING WATER