South Africa, unfortunately, has a large homeless dog population. A group of dog lovers wanted to help as many homeless pups as they could so they started the “Dogbox Project.” They assist organizations throughout the area by setting up kennels and distributing food and blankets. Sadly, homeless dogs in South Africa are used to sleeping in the cold but things were about to get much better for them, writes ilovemydogsomuch

As the Dropbox volunteers were out and about doing their thing, they met a friendly stray puppy. Most strays were pretty timid for obvious reasons but not this dog! He began to follow them and wouldn’t quit. The volunteers realized the puppy would follow anyone who was kind to him because he was desperate for a home. How heartbreaking! 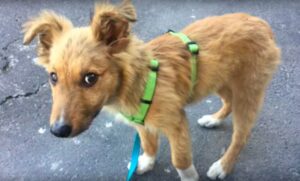 They named the sweet pup Scribble. Scribble walked with an obvious limp. When he was assessed by a veterinarian, she determined that Scribble was most likely kicked by a human. All because Scribble liked to follow people closely, trying to find a home. Had he “annoyed” someone who had a cold heart?

Luckily, Scribble’s leg would heal just fine but Sidewalk Specials had some work to do to make his life complete. They took him in and introduced him to the folks at the Hills Nutrition and the Expresso Morning Show. 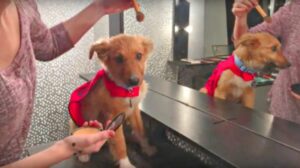 The show featured the adorable pup so that he, and other dogs for adoption at Sidewalk Specials, could find their happily ever after. Don’t all animals deserve that? 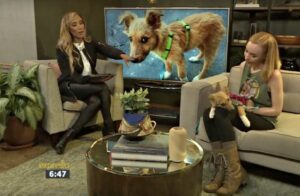 A family was watching the show and fell in LOVE with Scribble. They knew in their hearts that this was the perfect pup for them. 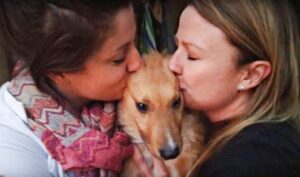 Now they are all together and Scribble will never EVER have to deal with an unkind stranger or sleep in the cold rain again! Watch the entire video below! This story is so inspiring! 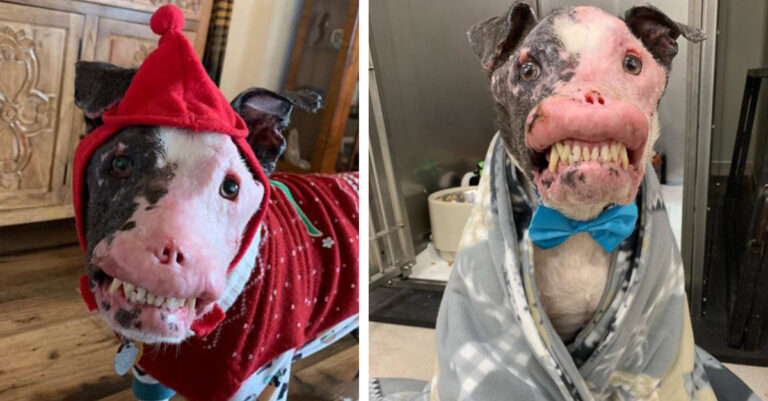 Rescue Dog With Autoimmune Proves Beauty Comes From Within 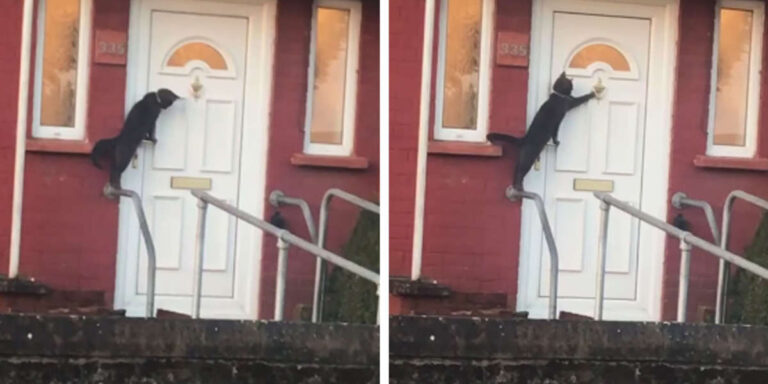 Viral Video Shows Cat Knocking On Door Like A Human