When it comes to protecting their owners or someone who is in need, dogs are here to sacrifice themselves. Their love and devotion towards their masters are priceless values.

Stephen and Cathi had three dogs. One of those three dogs was an 18-year-old senior dog named Pete. Pete used to be a hunting dog. He was adopted by this kind couple when he was 14 years old. 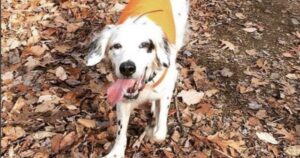 One day the lovely couple went for a hike and took their three dogs with them.

All of a sudden an enormous bear appeared and scared all of them. But Pete wasn’t confused. He stepped forward without any fear to protect his family. Stephen and Cathi tried to save their young dogs. They ran away taking the two dogs with them. Unfortunately, when Stephen came back he saw Pete was bleeding and the bear went away. 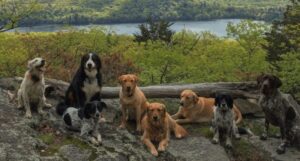 They took the brave dog to the hospital but he had severe spinal damage. If he would live after long and dangerous surgeries he would still have problems and would suffer. So the couple decided not to torture their dog. 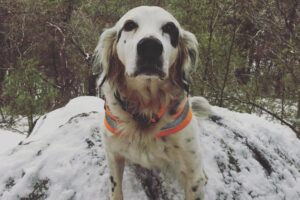 Though this story had a sad ending, the heroic deed of the dog and the dog itself will be remembered for centuries.