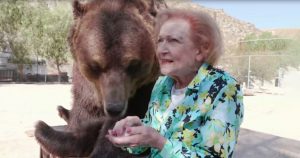 At 99 years old, Betty White hasn’t lost her charm. In fact, she remains one of the most loved actresses to date.

She is the queen of sitcoms and has been a household name since she began working in the film and television industry in the 1940s. With a career spanning over 80 years, White holds the record for being the woman with the longest running career in show business.

Her popularity through a Facebook campaign launched her to become the oldest person to host Saturday Night Live. She Will Be The First To Admit That Animals Are Her Greatest Passion.💖

For more than 40 years she has worked with the Los Angeles Zoo and the Morris Animal Foundation.

Her shares a lovely moment with giant brown bear. With the animal’s size, most people would be afraid to be near it. They would probably panic and run away as fast as they can.

What a special moment to draw interest in saving these amazing animals. 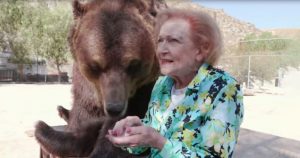 And Recently, the famous actress posed next to a massive bear and she even snapped him a kiss.💖

Recently, the 99-year-old lady won everyone’s heart with an adorable moment she shared with one of the Los Angeles Zoo’s residents – a brown bear named Bam Bam. Though the scene was the purest form of love a human and a massive beast can share, Betty admits she was pretty nervous at first. 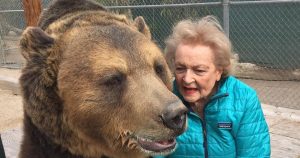 She said: Half my life is working in a profession I love and the other half is working with animals.💖

As she chats she pets and feeds the giant bear marshmallows right from her hand and says. I’m the luckiest old broad on two feet, then plants a kiss right on the grizzly’s fur.

Though Betty always treats people with dignity, respect, and charm, she has a far closer relationship to animals than she does people.

Love her devotion to all animals!💖

Watch her incredible interaction with the giant bear in the video below! 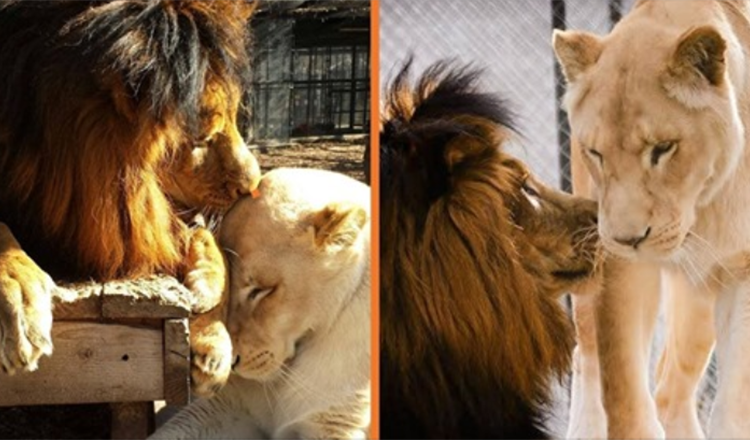 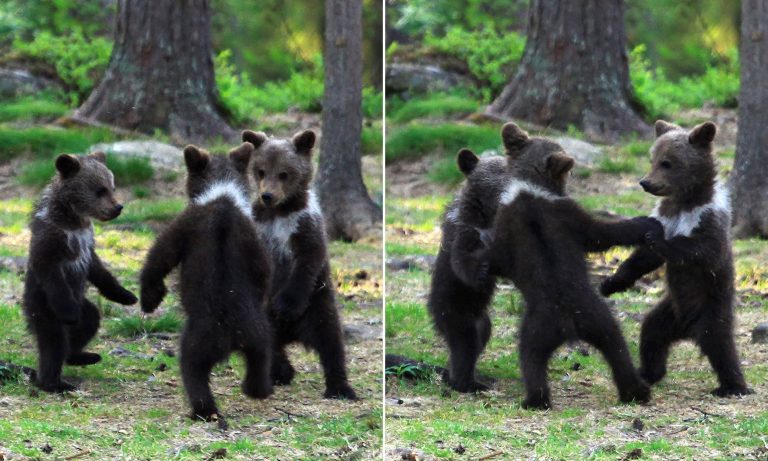 Life Of This Neglected Stray Dog Is Changed Forever,After He Interrupts A Football Game