Last Thursday, an ailing elderly lion couple at Los Angeles Zoo was put to sleep at the same time so that neither of them would have to live alone. Both animals were 21 years old, and they spent six years together.

Animal care and health staff didn’t want to do that, but they had no choice because the lions were both suffering from declining health and age-related illnesses, which were affecting their quality of life. 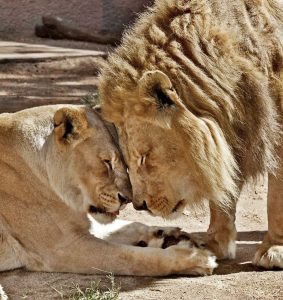 Hubert was born at Lincoln Park Zoo in Chicago, and Kalisa came from Woodland Park Zoo in Seattle. The pair met each other when they were transferred to Los Angeles Zoo in 2014. Since then, they had a clear and strong bond with each other and had been completely inseparable from one another. 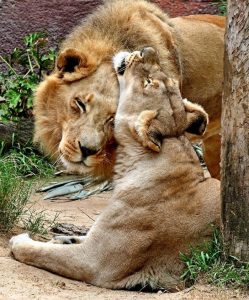 “These lions were charismatic both together as partners and separately, but they were hardly ever apart from one another,” LA Zoo spokesperson Beth Schaefer told Bored Panda in a statement. “Their undivided attention was always on the other as they rested together, cuddled and nuzzled often.” 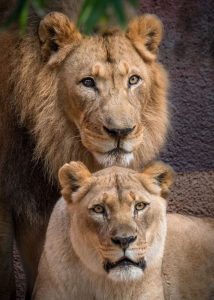 Lions who live in the zoo are expected to live on average between around 15 to 17 years, so the pair far exceeded the average life span of a zoo lion by reaching the grand old age of 21. 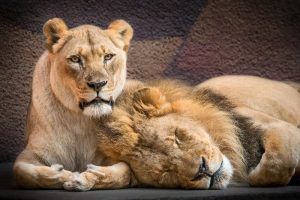 “These affectionate companions came to the LA Zoo six years ago, and they quickly charmed themselves into our hearts as we observed their magnificent beauty and unique bond. It was often said, you don’t see Kalisa without Hubert being close by,” Los Angeles Zoo and Botanical Gardens shared on Facebook.

“So, while it is truly heart-wrenching that we had to say goodbye to this iconic pair, we can take comfort in knowing they left together. These lions will remain a positive part of our history, and they will be greatly missed.” 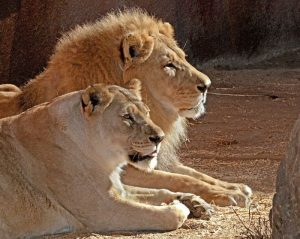 Rest in peace, Hubert and Kalisa.