He works as a therapy dog at a local burn center ❤️️

Around three and a half years ago, Taka was severely burned after he was trapped in a house fire and barely managed to escape. He was taken to Care More Animal Hospital in Martinez, Georgia, and the team there saved his life. Since his injuries were so severe, his family decided to surrender him into the care of the vet practice so they could help him adjust to his new life. “After he was burned, he had a very long recovery,” Crystal Lesley, a staff member at Care More Animal Hospital and Taka’s mom, told The Dodo. “It was in stages. The first part took about 4 to 6 weeks. After that, he still had two places that wouldn’t heal, so the JMS Burn Center reached out to me and asked to help him.” Now, Taka’s life is completely different from what it was before the fire. He has very limited vision and almost no depth perception, so getting around can be tricky for him. While his burns have healed, they were so severe that the fur in those spots never grew back. After everything he’s been through, change can be scary for him, so his family makes sure they keep to a strict routine to keep him feeling safe and comfortable.

Still, none of that has slowed him down. “[He] is the strongest, bravest little fighter you will ever meet,” Lesley said. “He is an extremely feisty dog and nothing gets him down. He loves life!” After he healed, Lesley thought people could benefit from meeting Taka and hearing his story. She had him trained as a therapy dog and started taking him to a local burn center to meet and comfort all of the patients there. He absolutely loved it — and so did all of the patients he met who knew exactly what he had been through.

The people in the Burn unit LOVE Taka,” Lesley said. “They want to pet him and get his picture and hear all about his story. He definitely brightens their day … Taka is the hero of a new coloring book that was made and put out by the burn center, so he got to go around and help [hand] them out to the children. He seemed to love it.”

Since the pandemic started, Taka hasn’t been able to do as much therapy dog work as he used to. He’s also getting older and tires more quickly now, so his mom doesn’t want to commit him to too many things. Still, he continues to inspire people through occasional visits and his online presence, and even gets to help comfort other dogs at the vet hospital where his mom works who have also been injured. Taka has been through so much, but he’s never let it get him down, and his family is still in awe of him every single day. “When you have a bad day or start feeling bad about your life, look at Taka,” Lesley said. “He is the epitome of strength … He has changed my life greatly. He is my inspiration.” 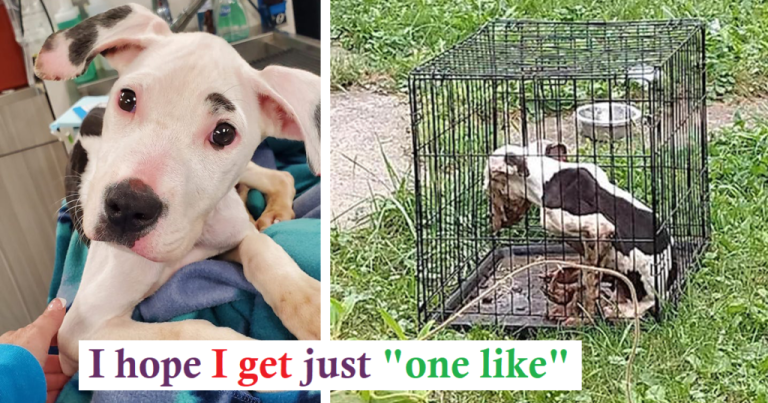