2 Diasozo Animal Rescue’s rescuers spotted something lying in the grass while they were heading to a nearby village to feed stray animals. So, they took a closer look to realize that it was a poor dog struggling there! 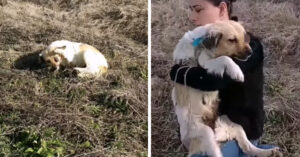 The dog could barely move as she was badly injured! So, the rescuers took her to the vet to examine her. It was found that the dog had been intentionally harmed as she had some wounds around her chest and an old jaw fracture. 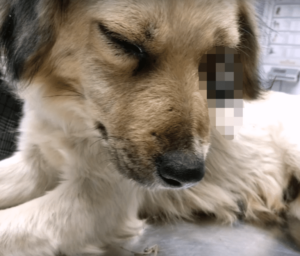 One of her eyes was also so bad as it needed a surgery to remove it, but they had to wait until she was strong enough. So, she was given some pain medication to rest and sleep. 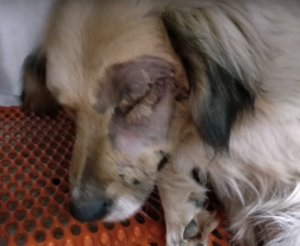 The veterinarians fed the dog as she was too weak to eat or drink by herself. Thankfully, she underwent the surgery a few days later, and it was expected that she’d heal as she was so brave. 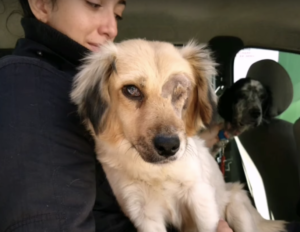 The only thing the dog did was sleeping in the 1st few days after the surgery. Then, she was able to eat and sit by herself! She was somehow ready to go to a foster home, but she stayed at the medical center to get stronger. 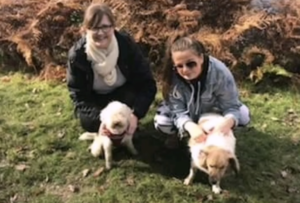 Fortunately, she was completely healed and she was also adopted by a kind family, who named her Honey! What a happy ending! 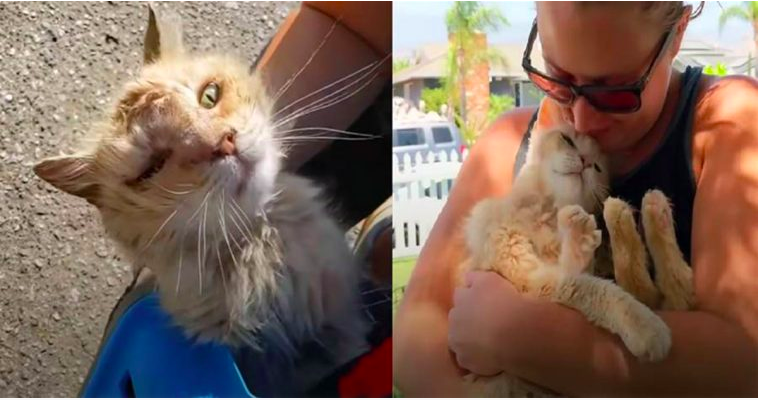 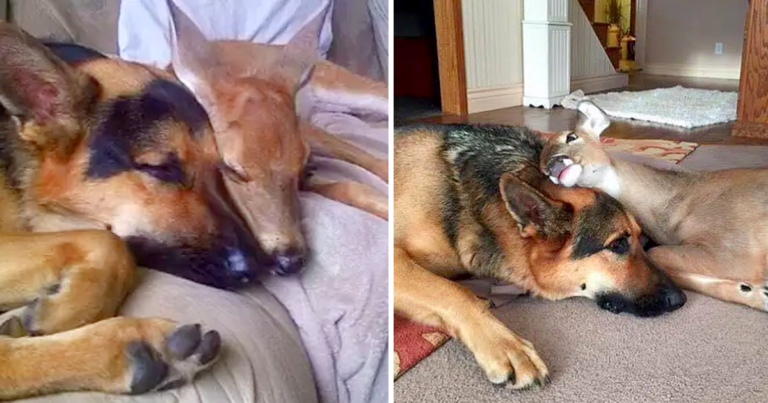 Sarge, A 9-Year-Old German Shepherd, Became A Loving Mother To Many Orp.Haned Fawns!