FOR SOME UNKNOWN REASON, BOO THE CAT RAN AWAY FROM HOME. BOO’S OWNER, JANET ADAMOWICZ WAS HEARTBROKEN, TO SAY THE LEAST.

She immediately swung into action doing everything she could to locate her beloved pet, putting up posters wherever she was able, and placing ads in her local newspaper in her hometown of Harrogate, England.

However, after one year of unrelenting effort, Boo could not be found. Having no other choice, Janet gave in to the inevitable, and let Boo go. Hoping her cat had wound up in another loving home. Janet then gave two cats a forever home.

However, giving in to the inevitable was not to be because 13 years after Boo went missing Janet received a phone call.”I got a call on Thursday to say I had a cat missing,” Janet said. “I said ‘I don’t think I do, they’re both here’ – but they said we’ve looked on the system it says you own a cat called Boo. I thought it was weird, but I couldn’t believe it when I got to the vets and they had her there – and she still remembered me. I don’t know where she had been, I think possibly a stray but kept being fed by strangers – or catching her own food.”

Thankfully despite the advancing years, Boo was in good health even after having lived on her own for all these years. She was slightly dehydrated and tired, but happy to see Janet.

A woman found her in a town 40 miles away from where Janet lives, where she has been lurking for a few weeks and took her to Wicstun Vets in York.

“Boo was very lively as a young kitten and enjoyed the outdoors and adventuring – but would always return home,” Janet said. “We don’t know how she got all those 40 miles, it could have been any number of reasons. She has done well as a 17-year-old cat to last that long as a stray cat – it really is remarkable.”

“Despite only being five years old she still remembers me and has been my shadow ever since coming home. The other two cats are not impressed, but hopefully, Boo is finally home for good.”

The vets where Boo was returned to explained the emotional scene when Janet and Boo reunited. “There wasn’t a dry eye in the building,” a spokesperson for the vet said. “Boo recognized her mum straight away and within minutes the two were thoroughly enjoying plenty of face rubs, cuddles, and meows.”

The vet used data from a microchip that was implanted in 2001 and they found a match against Janet’s mobile number.

The vets used this opportunity to encourage other pet owners to microchip their pets for in case they go missing.

“I don’t know where she had been, I think possibly a stray but kept being fed by strangers or catching her own food.”

It was very emotional when the two of them reunited.

“There wasn’t a dry eye in the building.”

“Boo recognized her mum straight away and within minutes the two were thoroughly enjoying plenty of face rubs, cuddles, and meows.”

Boo was only found because she was microchipped. So remember to microchip your pets for in case something happens! A lot of people responded with tears in their eyes.

WATCH THIS UPLIFTING STORY RIGHT HERE IN THE VIDEO BELOW:

If you love this cute kitten and her story, please SHARE this post with all your cat-loving friends and family! 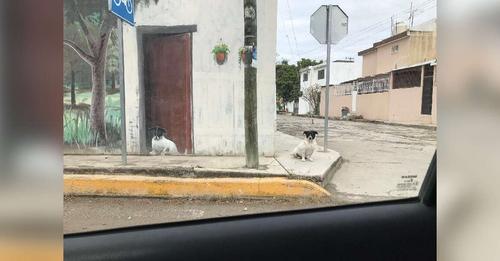 Little Dog Loves Posing Next To The Mural He Inspired 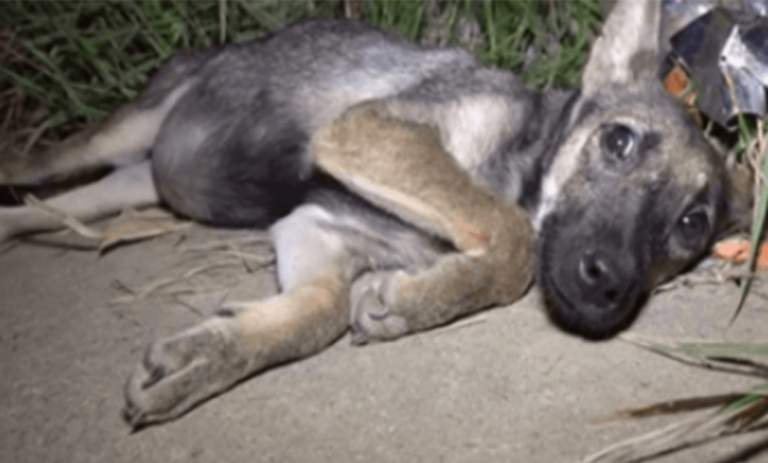 Paralyzed sad puppy drags herself to get help