Meet Kahn, a handsome male African lion and Sheila, a rare white lioness, and the pair are a beautiful example of feline love. 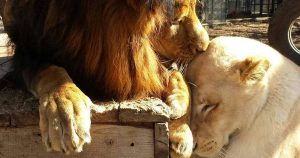 The pair were kept in captivity together before being rescue by Texas’ In-Sync Exotics Wildlife Rescue and Education Center. 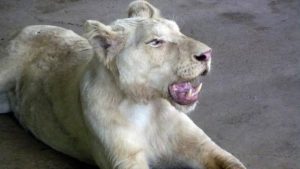 Kahn was malnourished when he was taken in with the end of his tail chewed off as a cause of stress and boredom. 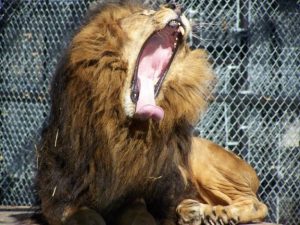 “He was very friendly though, so it was easy to treat him and get him comfortable with his new surroundings. Sheila, on the other hand, was in very bad shape … Sheila was almost dead,” said Vicky Keahey, the rescue’s founder. 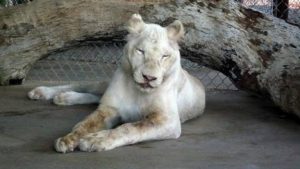 Sheila was only 15-months when she was rescued, and she was so weak that she couldn’t stand up, all she could do was lay there and regularly vomit. 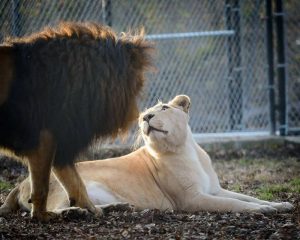 The USDA has warned the rescue that she would likely have to be euthanized, but thankfully the rescue were not quite ready to give up on her. 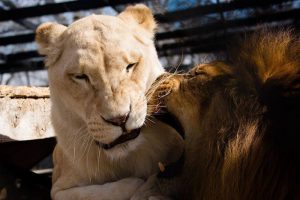 “For two weeks Vicky had to hand feed Sheila – rolling up meatballs and pushing them down her throat,” said In-Sync’s Angela Culver.

She continued: “It took some time to recover, but they both did.” 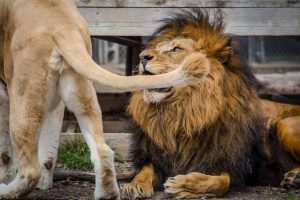 “As time went by they both healed and grew into beautiful grown lions,” Keahey said of her and Kahn. “In the meanwhile, we had finished our new lion enclosure. The way it was designed would have Kahn and Sheila living next door to each other.” 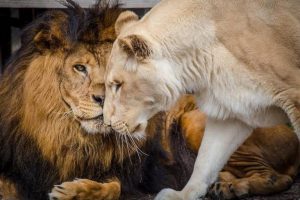 It looked like love at first sight, “Sheila spent the next few months showing off for Kahn, and Kahn strutted his stuff for her,” Keahey said. 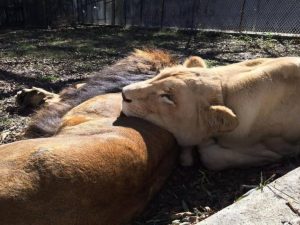 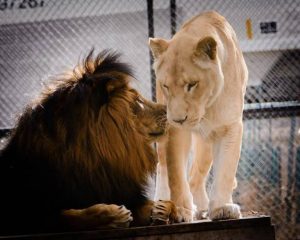 “Then we let them spend the night together. After three months of dating, we let them get ‘married,’” she said. 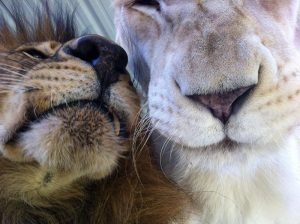 Now the pair liver in the same enclosure and couldn’t be happier. Keahey says that without a doubt, Sheila is the boss! 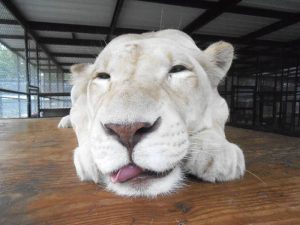 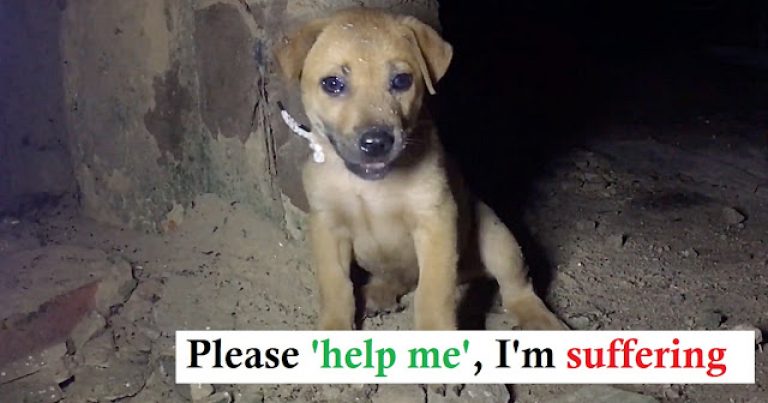 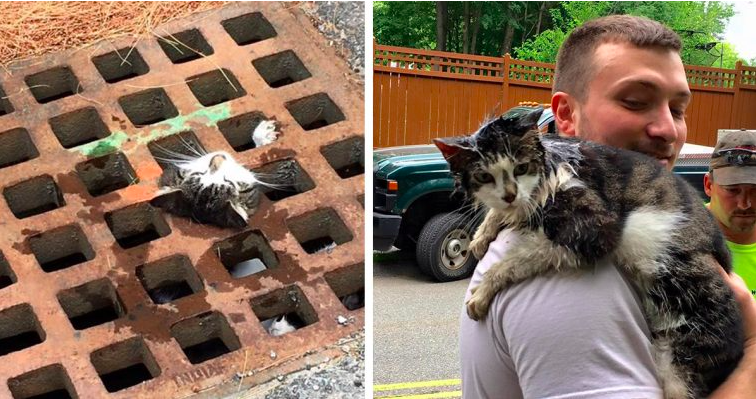 Men Frees Cat That Was Being Strangled By Storm Drain 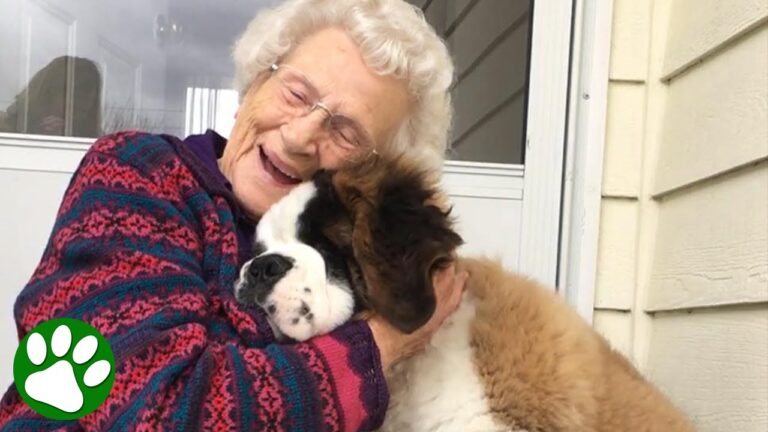