U.S. servicewoman Webb picked up a homeless puppy while on an overseas deployment. The little guy was defenseless and inferior in size to his peers. The girl took the poor thing under her guardianship, uncomplicatedly calling him just Puppy. 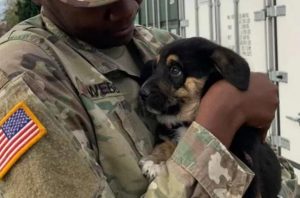 Webb took great care of her new pet. She monitored his nutrition, his health, and spent a great deal of time with him, trying to give him the love and care he had previously lacked. In the way of mutual affection between the girl and the puppy was the order to return her to her home country. The worst part was that the airline would not allow animals on their planes. The puppy had to be left in another country. 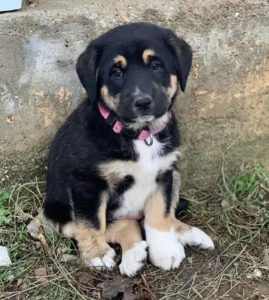 This story of friendship should not end so sadly. So decided the representatives of the organization for the protection of animal rights, which specializes in such cases. 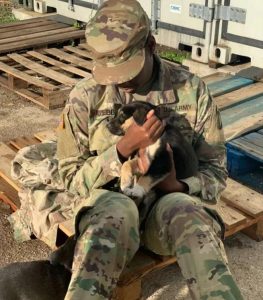 They took Puppy under their protection and quickly got him all the necessary documents and veterinary certificates. They even set up a temporary shelter where the dog was waiting for his first flight in life. 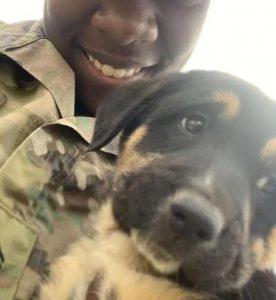 The charity organization not only solved all the organizational problems, but also all the financial issues, doing everything possible so that the Puppy and his owner could be together and give each other love and care.